The Dark Side of Mould: Stachybotrys 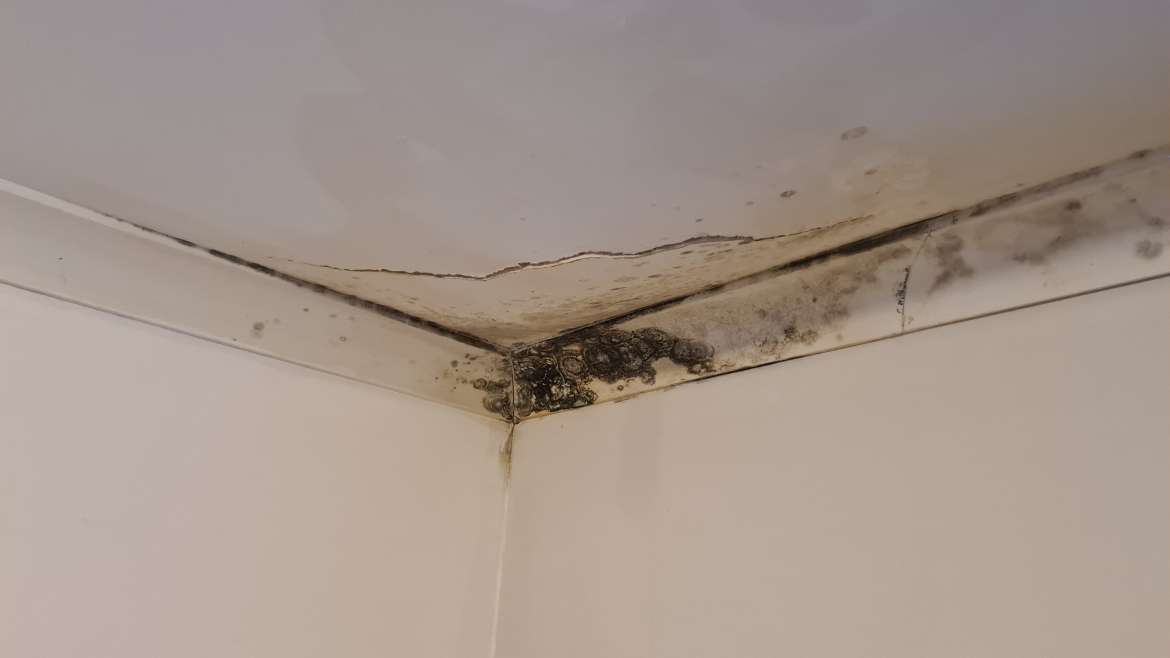 As a professional Building Biologist, I often come across scenes of destruction such as the one pictured from one of my recent mould and moisture inspections. This is the result of a client’s longstanding roof leak that was not dealt with expeditiously. As you can see, the ceiling and cornice have been heavily affected, and the mould has spread throughout the room. Mould is a type of fungi that thrives in damp spaces. Moulds can cause serious health problems, including respiratory illnesses, skin rashes and infections. Stachybotrys is a type of mould that can cause severe health problems.

The mould had gone unchecked for some time, and as a result, the environment was highly contaminated with Stachybotrys spores. If you suspect that you have mould in your home or business, it’s essential to have it assessed by a professional as soon as possible. If your home has black-coloured mould, get it checked out by a building biologist. If it looks like the above DIY removal is not an appropriate strategy.

If left unchecked, mould can cause extensive damage to your home and pose a serious health risk to your family.

If you think you might have mould in your home, the first step is to get it assessed by a professional. Building biologists can ensure it is appropriately identified and will be able to advise you on the best course of action to address the underlying moisture problem. Once the moisture problem has been fixed, the mould will no longer have anything to feed on. In the meantime, however, it’s essential to take steps to protect yourself and your family from the health risks posed by mould.

Please fill in all the fields listed below as my team will be mailing you a hard copy of my book.